If you’ve spent any time around the technology industry, you know the name “Gartner”.  The world’s leading IT Advisory firm provides tech related insights to technology vendors, technology consumers (Enterprise IT), and investors in technology.   I think of them as the closest you get to academia in the commercial world.  The core of the company is comprised of ‘analysts’: very smart people whose job is to coalesce the cacophony of information about the rapidly changing tech landscape into easy to consume reports with actionable advice (‘research’).

I’ve had the good fortune of being a customer of Gartner for a number of years.  While I may not agree with absolutely every conclusion they reach, their reasoning is consistently sound and thought provoking.  I’ve always found the analysts themselves intellectually stimulating and a pleasure to engage with.  I assumed there had to be some guy named ‘Gartner’ involved at some point, but I wasn’t sure.  So when I came across a just-published biography of the founder of Gartner (Gideon Gartner), I had to give it a go.
It was an engaging, easy read, but also highlighted few handy nuggets about entrepreneurship and collaboration.
KEEP IT SIMPLE (easier said than done).
In the 1960’s, Gideon worked in the group that did competitive analysis inside of IBM.  The department produced lengthy reports, filled with all kinds of detailed data, page after page.   He saw that the reports, though they were ‘sound’, weren’t providing much business impact because they were so hard to digest.  He designed a new approach, involving putting exec summaries of competitors on the back of blank computer punch cards.   The cards were a HUGE hit – people got the key information they needed in a form factor that fit in their pocket.
I’m reminded of the #1 law of public speaking I learned from Toastmasters:  “Remember the Audience!”.  It’s so easy to think of your writing as some ‘work of art’, and forget that its value is measured only by the extent to which it communicates the desired message to a targeted audience.    This is surprisingly hard to do because we all have the ‘curse of knowledge’, i.e. we know too much, so it’s hard to frame a message for someone from a very different context.   (If you want to illustrate this with a live audience, try out the ’Tapper’ experiment with your next audience.)
If you feel like a fish out of water, you probably are; go find another pond.

NOBODY left IBM in the late 60’s.  Heck, when I joined IBM out of college in the mid 80’s, that was still true.   IBM was the Google/Apple/Facebook of its time.   But Gideon couldn’t stomach that despite how well his approaches were working, he was unable to move the corporate mountain(s) within IBM to get them to productize his approaches into a business.   So he shocked and disappointed his family by leaving to form a new company focusing on graphics presentations like he’d been doing at IBM.
The business quickly failed, but his reputation within the sphere of IBMers got him a position on Wall Street, analyzing tech stocks.   Gartner further developed his approaches and again proposed creating a new business venture within his company.  Again, they turned him down.
Let your difference be your differentiator.
At both IBM and on Wall Street, Gartner had unique insights, which he developed into products which were well received by customers BUT they just weren’t a fit for his company.  He didn’t consider this ‘weakness’ on his part, but an opportunity.  In his words, “Being different, if thought out and tested sufficiently, is one major method to achieve attention – and maybe even success.”
Listen to your friends – they may see something you don’t see about yourself.
In what Gartner describes as a ‘life-changing conversation’, a venture capitalist friend of his after listening to his frustrations asked him, “Gideon, why don’t you do it yourself?”.   Gartner reports that he actually never thought of that, instead thinking that he’d need to drive his business in partnership with an existing enterprise.  Similar to IBM, people didn’t leave big money gigs on Wall Street very often.
Don’t be hyper-protective of your own ideas: embrace a vigorous marketplace of ideas.
Gartner knew that to scale, he and his close lieutenants couldn’t do everything themselves.  So he created a Research Manual to systematize his processes.  One key element came to be known as the ‘stalking horse’, which referred to an amorphous idea just waiting to crystallize into an indelible conclusion.  This happened through an analyst’s idea being subjected to ferocious debate, not designed to attack anyone, but simply to refine the idea into something stronger.   One concept designed through this process was the Gartner ‘Magic Quadrant’, a cornerstone of the business to this day.
At the end of the day, it’s ALWAYS about the money. 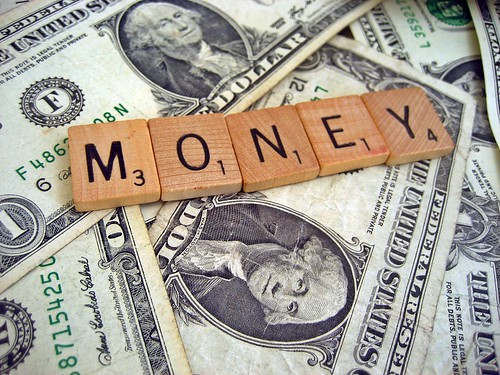 Even though Gartner had a winning formula, and a strong team of analysts built through a rigorous interview process, it would all be for naught if the service didn’t result in tangible financial benefits to the customers.  The business rapidly grew from Gartner using their knowledge of IBM to help companies plan whether to buy or rent their IBM equipment.   The Gartner I’ve worked with has a similar focus – the core of their business is helping enterprise IT plan and implement their procurement strategies.
Putting it all together, if you’re looking to build a business, especially one where analysis is the product, strongly consider following Gartner’s recipe for success:

One Reply to “Gideon Gartner’s “Simple” Formula for Entrepreneurial Success”